A Hospice Built on the Imperative of a Mother’s Promise 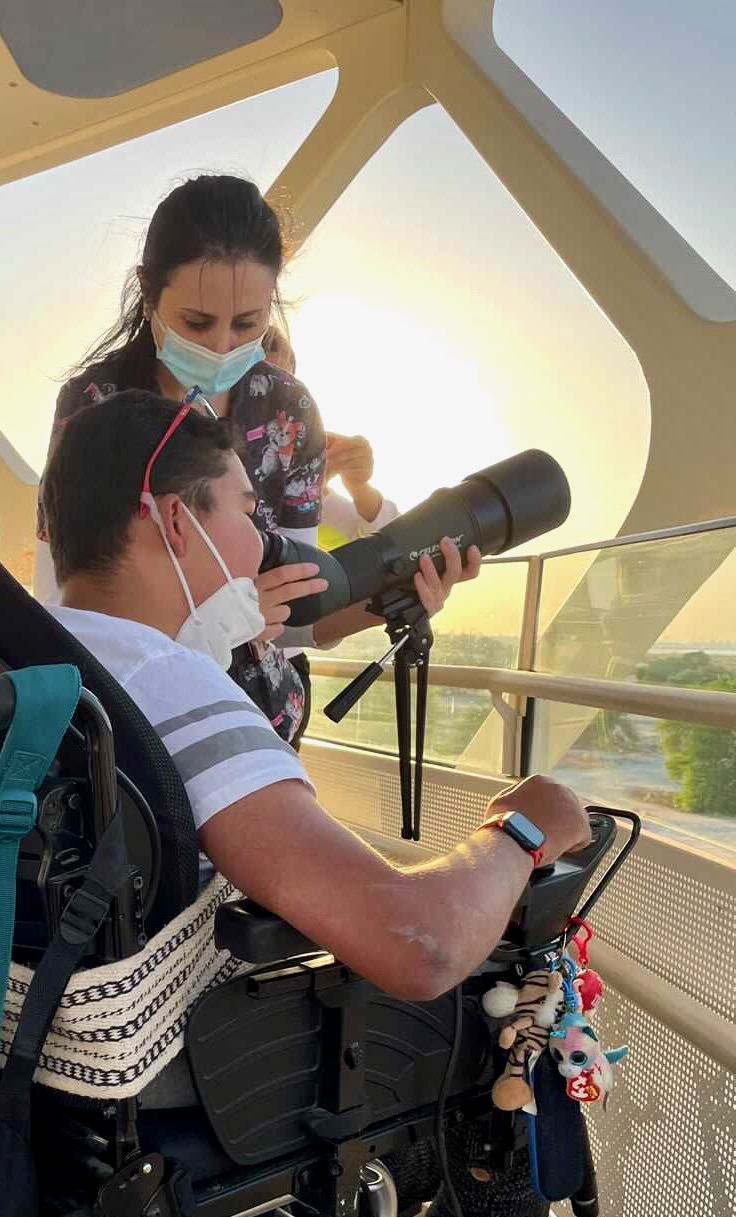 When the cancer treatment of her four-year-old son failed and the doctor told her the cancer was incurable, his mother made Abdullah a promise: he wouldn’t have to spend another day in hospital. At that time, in 1989, there was no alternative. She turned to the Kuwait Association for the Care of Children in Hospital (KACCH) for help, and it mobilized a team to manage Abdullah’s needs at home.

Her determination, and KACCH’s response, was the inspiration and is the heart of Bayt Abdullah Children’s Hospice (BACCH), a spacious, cheerful building on sweeping grounds with comprehensive care for those in need throughout Kuwait, with a population of 4.33 million.

Not long after Abdullah’s death, planning for the hospice began. Bayt Abdullah, or Abdullah’s House, was the first children’s hospice in the Middle East when it opened in 2012 and, located on a 215,300 ft2 (20,000 m2) plot of land, is the largest in the world. It comprises 10 inpatient suites and 10 beach chalets for respite care: there are currently 83 children on the roster with life-limiting diseases or requiring end-of-life care.

The hospice is primarily funded by donations from the people of Kuwait, with the government chipping in for supplies and to help pay staff. In keeping with its determination to be accessible, all care is free of charge at the hospice, which accepts referrals from both the government and private sectors. KACCH & BACCH’s mission is to deliver excellent pediatric psychosocial and pediatric palliative care in partnership with children and their families in hospitals, at home, and in Bayt Abdullah Children's Hospice. Care plans are tailored to each family’s needs, in the location of their choice.

Care at Bayt Abdullah Children’s Hospice, as you can see, seeks to address all aspects of children’s needs—not simply medical requirements. The ferris wheel pods, which accommodate wheelchairs, give views of a flamingo feeding ground, nature reserve, and the Persian Gulf. Photos used with permission.