A Little Girl’s Dream became a Beacon for Other Children 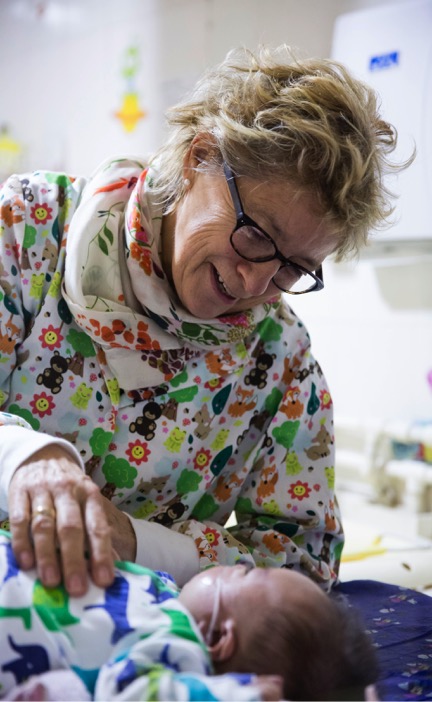 Lyn Gould, now 69, was relentlessly drawn to both China and pediatric palliative care from a very young age.

When she was about eight years old, Lynda Batten’s mother took her to see The Inn of the 6th Happiness. ‘The heroine of this real-life story was Gladys Aylward,’ recalls Lyn, who grew up in England. ‘She inspired me, and I left the cinema thinking, “One day I’ll go to China and look after children.”’

Butterfly Children’s Hospices started in 2006 as the realization of her dream to help orphaned and abandoned children in China. Its roots, however, truly took root much earlier. In 1994, Lyn started volunteering for three weeks every year at orphanages in China.

‘I saw firsthand what children desperately needed and the lack of resources available to care for them.’

After 10 years of volunteering, Lyn and her husband, Alan Gould, moved to China to dedicate their lives to helping abandoned, dying, and very sick children. Four years later, the first of two Butterfly Homes opened.

Small size does not equal weakness

Over the course of its history, this small charity with big ideas has inspired many in China and beyond to action with its vision: to promote excellence in children’s palliative and hospice care in China through leadership, collaboration, advocacy, and education.

Its international infrastructure is small; outside of the care homes, there is one full-time CEO and two part-time staffers. Offices in three countries are all run by volunteers. But the charity has effected real change to children’s palliative care in China, striving to ensure ownership and growth.

‘Even in the face of heartbreak, our Changsha home is a happy place, where children can be children, where they can run and laugh and play,’ says Lyn. Every year, around 21 new pediatric residents and several outpatients are treated to the tender care that anyone would hope for their own child.

Their achievements go beyond pediatric palliative care at Butterfly locations. The Goulds have:

Future plans include developing model services in the community for families with life-limited children — such as bereavement support groups — and to support other orphanages to open Butterfly Homes.

We are committed to strengthening, embedding, and demonstrating the concept and practices of children’s palliative care to a wider audience, as well as consolidating opportunities for delivering customized and appropriate accredited training and education in the field.

Butterfly Children’s Hospice patients, their nannies, volunteer workers, and other staff enjoy a day out at Sea World.

Today, our aim is to continue to be a beacon of palliative care services for children in China whilst partnering with Chinese organizations to help them create sustainable models of palliative care that can be extended to different communities. These supportive partnerships include provision of education, training, research, and consultancy to ensure development of care models with ‘Chinese characteristics.’

‘I never could have imagined back in 1994 quite where we are today,’ says Lyn. ‘ It’s thanks to an incredible team of international staff and volunteers, as well as support from individuals and corporations that we are able to help as many children and families as we do.’