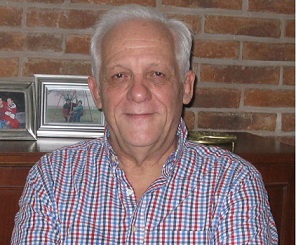 Roberto Wenk is one of the pioneers of palliative care in Argentina and Latin America. He is a physician and lives in the city of San Nicolas, Argentina.

Dr. Wenk is currently director of the Programa de Medicina Paliativa – Fundación FEMEBA (Medical Federation of the Province of Buenos Aires) in Buenos Aires. Since 1994, he has combined care of patients and families with graduate teaching in multiple formats (different combinations of theoretical online and bedside activities), and basic research in palliative care.

He retired from the clinical practice at the end of 2014, and after seven years teaching palliative care at undergraduate level in two Argentinean universities, he assigned this task to other members of his team. He is currently working in the implementation information technology and medical simulation in palliative care teaching.

Dr. Wenk has a long association with the IAHPC and completed his second term as a member of the Board of Directors in 2014. He first joined the Board in 2007 and was elected Chair for the period 2008-2014. At that time he was a member of different working groups: Pallipedia, Opioid Price Watch and IAHPC Palliative Care Essentials (Essential Practices, Prescription Opioid Essential Package).

His main hobby is building radio-controlled submarines and battle tanks. He has built (apart from the radio controls, power units and batteries) two 1:50 scale submarine models (TR-1700 and Los Angeles class), both of which have been involved in various naval modeling meetings and technical exhibitions. He is currently building a 1:13 scale model of the TAM (Tanque Argentino Mediano).