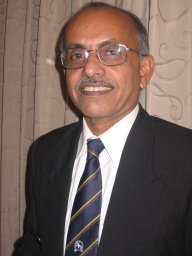 M.R.Rajagopal MD is a palliative care physician from India. He qualified as a physician from Trivandrum Medical College, Kerala and as an anaesthesiologist from All India Institute of Medical Sciences, New Delhi.

While working as Professor and Head of Anaesthesiology in Calicut Medical College, he and his colleagues founded the Pain and Palliative Care Society (PPCS) in Calicut in 1993. By creating a palliative care delivery system suited to the Indian cultural and social background, it attracted international attention and in the year 1995 was designated a WHO demonstration project. Over the next decade it grew to the present Institute of Palliative Medicine and a network of about 100 palliative care centers in the state of Kerala, and prompted generation of several outside the state. This initiative has now resulted in palliative care reaching about 30% of the needy in Kerala as against a national average of less than 0.5%.

Since 1996 he has worked with Pain and Policy Studies group in Madison-Wisconsin to remove regulatory barriers to availability of oral morphine for pain relief in India. Over an eight year period, this has resulted in simplification of narcotic regulations in 13 of India’s 28 states.

Currently, he is the chairman of Pallium India (www.palliumindia.org) and director of Trivandrum Institute of Palliative Sciences.

Has was first elected to the IAHPC Board in 2002 and re-elected three times. In 2012 he was elected as Lifetime IAHPC Board Adviser in recognition for his services and dedication to the board and the organization.