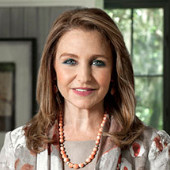 At the University of Miami, she is Professor at the Leonard M. Miller School of Medicine, Director of the Institute for Advanced Study of the Americas, and a Member of the Cancer Control Program at the Sylvester Comprehensive Cancer Center. Dr. Knaul currently serves as Chair of the Lancet Commission on Gender-based Violence and Maltreatment of Young People. She sits on several boards including NCDChild and Women in Global Health, and serves on the International Advisory Group of the Princess Margaret Global Cancer Program.

In Mexico, Dr. Knaul maintains a strong and synergistic global program of research and advocacy. She is Senior Economist at the Mexican Health Foundation, and a member of the National Institute of Public Health, the Mexican National Academy of Medicine and the National System of Researchers. She is the founding president of Cáncer de Mama: Tómatelo a Pecho, a Mexican non-profit agency that since 2008 promotes research, advocacy, awareness, and early detection, and has trained thousands of primary care personnel using novel techniques that are now being applied in other countries in Latin America and in South Florida with migrant populations. She lectures globally on the challenge of cancer, both as patient-advocate and health systems researcher, and published the memoir Tómatelo a Pecho (Grupo Santillana, 2009) Beauty without the Breast (Harvard University Press/ Harvard Global Equity Initiative 2013) about her cancer journey.

Dr. Knaul served as Chair of the Lancet Commission on Global Access to Palliative Care and Pain Relief and produced the report Alleviating the access abyss in palliative care and pain relief – an imperative of universal health coverage. The report, co-authored by 61 global experts, was described as “landmark” by The Lancetand was featured in the BBC, the Washington Post, Project Syndicate, The Guardian, and Voice of America.

She joined the IAHPC board in March 2020. Working with IAHPC leadership, she works to implement, at the global, regional and national levels, the research agenda and policy recommendations of the Lancet Commission report.

She enjoys a daily exercise routine; undertakes equitation; collects orchids; and, is an avid walker, often with her dogs Tikvot and Lupi. She and her husband, Dr. Julio Frenk, have two children, Hannah Sofia (23 and studying engineering) and Mariana Havivah (15). Dr. Knaul is a citizen of Canada and the United Kingdom, and a permanent resident of Mexico.