Progress Reports (from Around the World)

The Foundation  by the numbers

Fundación Hondureña para el Niño con Cáncer (The Honduran Foundation for Children with Cancer) has cornered the Honduran market of pediatric oncologists. There are eight serving the whole country, and they all work in units established and financed by the Foundation — a non-profit, apolitical charity serving children with cancer.

The charity was founded in 1990 by a group of women volunteers who targeted a neglected population. ‘At that time, kids with cancer weren’t a priority for the government, which believed that they all die, which is not true,’ says Nubia Zuniga, who has served as president of the Foundation for almost 30 years.

Starting with a $10,000 grant, the group has since brought pediatric cancer care to seven of Honduras’s 18 states, or departments. With an annual budget now of $USD2 million, the Foundation punches far above its weight or, as Nubia says, ‘It’s not much, but God multiplies it. It’s a miracle.’

The Foundation’s care extends to the whole family. 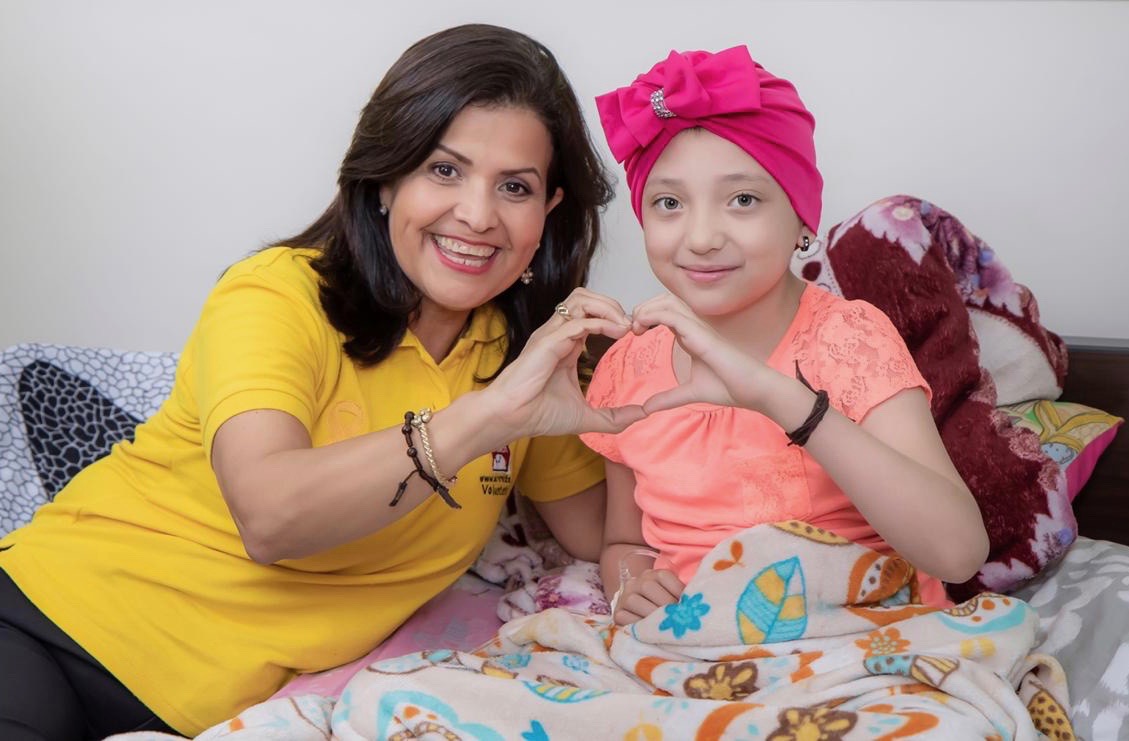 Everything is free of charge for families. Not a single lempira changes hands. And the government is noticing the results.

‘Since 2000, when we adopted the protocols for treatment used by St. Jude [Children’s Research Hospital] in Memphis, we started to see a big change in survival rates,’ says Nubia. ‘Our kids were responding well: right now, 70% of those with acute lymphocytic leukemia recover. But others, like those with liver cancer, do not have good recovery, because we don’t do transplants, including bone marrow transplants.’

The government opened the door for the Foundation to open units in public hospitals and, more recently, took over the cost of some essentials used in the hospitals. The Foundation is currently urging Congress to approve a law that will make the government financially responsible for the medicines used to treat pediatric cancer.

Honduras is one of the poorest countries in Latin America and the Foundation wishes it could do more: buy the radiotherapy machine it desperately needs, or a flow cytometer that classifies leukemias by type so it doesn’t have to send blood samples to neighboring Guatemala for processing; or upgrade more than a few beds at a time. It will, however, be opening a palliative care center in the near future.

A flurry of fundraising activities — concerts, parties, raffles, etc. — are held yearly, but there are two financial mainstays: 40,000 Hondurans, each of whom has committed to donating one lempira a day, and businesses that signed up for annual donations. [About 25 lempira equal one U.S. dollar.]

‘We are a very poor country, but you don’t see kids with cancer begging for money on the street,’ says Nubia, ‘because we take care of them.’

Caring for the family

They care for patients’ families, too. Fully 90% of the Foundation’s clientele are poor and the impact of long treatment on households is enormous. The organization has expanded in such as way as to minimize long bus trips for treatment; it also provides psychological support, food, transportation, and more. ‘Cancer is a disease that lasts for three, five, eight years,’ says Nubia. ‘Our projects promote family integration. Kids keep going to school and parents don’t lose their jobs.

‘That’s our goal, that kids don’t die because their parents don’t have money.’