Meetings, such as this, with the major players involved were necessary to bring about the Decree making palliative care reimbursable in Lebanon. 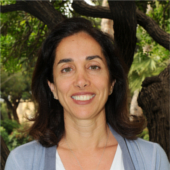 The new decree sets criteria for reimbursement, defines coverage for both home and hospital-based programs, and provides a blueprint for a reimbursement structure that can be applied by the National Social Security Fund and private insurers.

With this single action, the MoPH is addressing two of the three key underlying factors — governance and financing — identified as possible reasons for the current lack of publicly available palliative care services, according to the 2018 policy brief ‘Integrating Palliative Care into the Health System in Lebanon.’ [The third key factor is delivery: knowledge and skills among health care professionals as well as public awareness.]

Palliative care in Lebanon by the numbers

Until this new decree was signed, palliative care was not covered by insurance. This naturally restricted it to donor-funded organizations or the larger academic medical centers that chose to allocate internal resources to sustain their programs. Most private insurers do not include palliative care services, which are considered a luxury.

Lebanon is a small, middle-income country in the Eastern Mediterranean that has seen significant political and economic instability over the past 50 years. Most recently, the conflict in neighboring Syria resulted in an influx of more than a million refugees to a country with a population of just four million.

Despite these circumstances, political will and grassroots efforts have been key to the rapid development of palliative care over the past decade.

Palliative care was not available in Lebanon until 2009, when services were initially provided by small, donor-funded organizations delivering care to patients at home. Even though palliative medicine was not recognized as a specialty at that time, the MoPH was extremely supportive of these scattered efforts from the outset. The leadership at the MoPH established a National Committee for Pain Control and Palliative Care in 2011 with the aim of setting a strategy for the development of palliative care in Lebanon. Members of the committee included clinicians, academics, NGOs, and the World Health Organization.

Specialists are few, for now

Since the establishment of the committee, there has been significant progress toward the growth and integration of palliative care. Palliative medicine was officially recognized as a medical specialty by 2013. Although the number of health care workers trained in this specialty remains limited, palliative care is being provided in some form at a small number of hospitals in Beirut as well as by a few home-based palliative care organizations.

But these meet the needs of only a small fraction of the patients who could benefit from palliative care in Lebanon.

This key step of passing a decree will encourage more medical and nursing students to consider palliative care as a specialty, and provide impetus for more hospitals and medical centers to include palliative care in their package of services.

The Lebanese example is a beautiful illustration of what successful collaboration between policy makers, civil society, and academics can achieve.