IAHPC Input at Inter-American Commission on Control of Drug Abuse 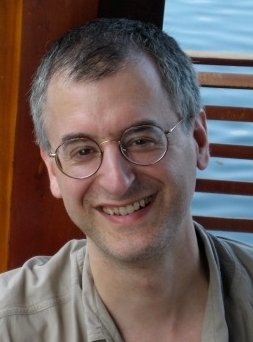 On behalf of the IAHPC, Board Member Dr. Eric L. Krakauer spoke at a session at the meeting of the Inter-American Commission on Control of Drug Abuse (Comisión Interamericana para el Control del Abuso de Drogas, or CICAD) in December at the Organization of American States headquarters in Washington, D.C. He notes that most of the representatives seemed to be drug enforcement officials; some wore military or police uniforms. This is his report.

‘Access to Opioids and Other Controlled Substances for Medical Purposes’

The overall theme of the session was ‘Access to opioids and other controlled substances for medical purposes.’ I was joined by two other speakers: Rossen Popov, Chief of the Precursors Control Section at the International Narcotics Control Board (INCB) in Vienna; and Alberto Miguel Guzmán, Executive Director of the Regulation of Narcotics, Psychotropics and Chemical Substances at the Federal Commission for Protection against Health Risks at the Ministry of Health of Mexico.

I presented on ‘Safe and Balanced Access to Opioids for Medical Uses: Guidance from Disease Control Priorities 3rd Edition, the Lancet Commission on Palliative Care, and the World Health Organization (WHO).’ I began by summarizing important United Nations documents on the imperative of maximizing access to opioids for medical uses while also minimizing the risk of illegal uses, namely the 1961 Single Convention on Narcotic Drugs, and the 2011 WHO document on ‘Ensuring balance in national policies on controlled substances: guidance for availability and accessibility of controlled medicines.’ I then discussed the huge global inequity in access to opioids for medical uses despite the global consensus that access is imperative. Without access, the result is horrible, unnecessary suffering on a massive scale. 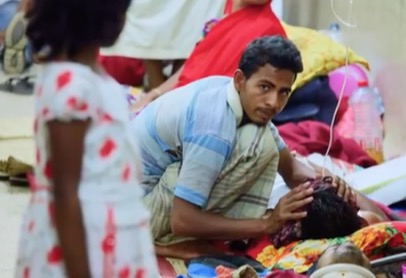 (Photo courtesy of Moonshine Movies.)
This point was illustrated with photos I have taken of everyday life at hospitals in poor countries that were, I am sure, shocking to many attendees. Next, I described in detail the response to this global moral failing by the World Health Assembly in 2014 with its Resolution on ‘Strengthening of palliative care as a component of comprehensive care throughout the life course,’ a resolution that IAHPC helped to craft. I concluded by discussing the key recommendations of the Lancet Commission and the chapter on palliative care from the newly published final volume of the World Bank’s Disease Control Priorities 3rd Edition. I think the participants were a bit surprised to hear an illustrated talk on the suffering of the poor.

How the U.S. Can Improve Opioid Access while Suppressing Addiction

After the presentations, there was time for questions. Most addressed to me were simply to clarify or expand on points I had made. The last one was from a young man representing the U.S. Department of State. He asked what the U.S. government could do to improve the situation of illegal and dangerous non-medical use of opioids in the U.S. and lack of access to opioids for medical uses in other countries. It reminded me of a report in The Washington Post on October 15, 2017, ‘The Drug Industry’s Triumph Over The DEA,’ that described a law passed by Congress in April 2016 that weakened the ability of the Drug Enforcement Agency to pursue ‘large drug companies suspected of spilling prescription narcotics onto the nation’s streets… even as opioid-related deaths continue to rise.’ According to the Post, ‘political action committees representing the industry contributed at least $1.5 million to the 23 lawmakers who sponsored or co-sponsored four versions of the bill, including nearly $100,000 to [Pennsylvania Republican Representative Tom] Marino and $177,000 to [Utah Republican Senator Orin G.] Hatch. Overall, the drug industry spent $102 million lobbying Congress on the bill and other legislation between 2014 and 2016, according to lobbying reports.’ So, two actions the U.S. government could take to reduce dangerous non-medical use of opioids would be to stop impeding the DEA from doing its job, and to implement political campaign reform so as to reduce the ability of big business – such as the pharmaceutical industry – to influence government to act inhumanely.

I added that pharmaceutical companies seem to have great power to ‘persuade’ poor countries and poor people to buy their expensive patented products, like sustained-release opioids, and not much cheaper off-patent medicines that are just as good and much cheaper, like morphine. And that the result is further impoverishment of the poor, and unnecessary physical, psychological, social suffering on a massive scale. Perhaps the U.S. government should do more to limit these pernicious powers of persuasion.

The Journal of Pain and Symptom Management is offering free, unlimited access to its February supplement on Palliative Care Development in Resource Limited Countries (Vol. 55, Issue 2 Supplement) for 12 months. You may access it by clicking here.

Palliative Care Development in Resource Limited Countries is a nearly 200-page compendium of 28 articles on the topic.

The IAHPC had a strong presence in the JPSM supplement. The issue was shepherded to fruition by IAHPC Board of Directors member Mary V. Callaway and Kathleen Foley. Callaway was lead author on two articles and co-authored a third:

The IAHPC website has expanded with a new Advocacy Program page coordinated by Advocacy Officer Katherine Pettus. The page is a hub for new advocacy opportunities, including international policy development and resources to the civil society members and palliative care providers.

Three recipients of IAHPC-sponsored Poster Awards were named at the 2017 International Palliative Care Network Conference that took place online in November and December. All award winners, each of whom won a cash prize, also received a one-year free membership to IAHPC.

First prize ($300): Dr. Tim Luckett, for ‘Contributions of a Hand-Held Fan to Self-Management of Chronic Breathlessness.’ 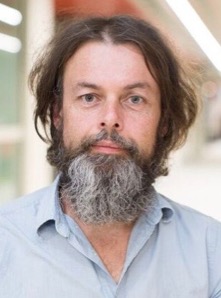 Luckett is a senior lecturer in the Faculty of Health at the University of Technology Sydney (UTS), Australia. Originally a speech and language pathologist, his research focuses on developing and evaluating complex interventions for people with life-limiting illnesses and their families. Recent examples of work Luckett has been involved with include a program to develop and evaluate strategies for implementing guidelines for cancer pain and a project evaluating case conferencing for aged care residents with advanced dementia.

When asked about the IPCN Conference, he said, ‘I was impressed by how collegial and supportive the conference felt, even though it was an online event. Speakers responded quickly and in depth to my questions, and I feel I have made connections that will grow into future collaborations.’

Zirimenya is a Ugandan working with Hospice Africa Uganda, a non-governmental organization with the goal of bringing palliative care to all in Africa who need it. His passion to do the same led to joining Hospice Africa Uganda in 2009 as a volunteer doctor; he is now head of the clinical department. Zirimenya supervises clinical services and a morphine production unit, and supports palliative care training and advocacy not only in Uganda but in other African countries, including Rwanda, Kenya, Malawi, and Ethiopia. In 2013, he was recognized by IAHPC for his support towards the promotion and development of palliative care in the world. Zirimenya received his Bachelors in Medicine at the Muhimbili University of Health and Allied Sciences in Tanzania, has an MSc in Internal Medicine from the University of Edinburgh, and is currently pursuing a Masters of Public Health at the same University. 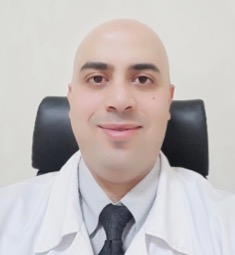 Abu-Farsakh is a palliative care consultant at King Hussein Cancer Center in Jordan. He attended medical school at Jordan University of Science and Technology, graduating in 2009. Following a residency in internal medicine at King Abdullah University Hospital in Jordan, he completed a palliative care fellowship at King Hussein Cancer Center, and has been working there ever since. Abu-Farsakh is interested in the development of hospice and palliative care in Jordan, and has been teaching courses in a Palliative and Home Care Diploma program to health care professionals.

In addition, the Best Poster from Latin America was awarded to Daniel Pereira Rodrigues for ‘Academic League as a Strategy for the Insertion of Palliative Care in Vocational Training,’ and Honorable Mention went to Cajetan Alumona for ‘Oral Morphone Solution Prescribing and Utilization Pattern in a Tertiary Care Hospital in South East Nigeria.’

A Window Into Palliative Care in Bulgaria

One of our newest Lifetime Members is the Bulgarian Long-Term and Palliative Care Society. Its director, Prof. Lyubima Despotova-Toleva, recently did a television interview on the topic of palliative care in Bulgaria. A transcript is available here on the organization’s website.

In the interview, she states that hospices in Bulgaria are very few and unevenly distributed. A 2017 survey showed that 10 of the 28 districts had none; nine had just one. Northern Bulgaria is the worst area served.

In Bulgaria, she says, the palliative care focus emphasizes oncology to the exclusion of other diseases and conditions, whereas it is known that cancer patients represent just one-third of those in need.

She points to countries for guidance: ‘Good examples can be found in England, Austria, Germany. Iceland is a good example of high-quality, long-term and palliative care adapted to the community and the family. From our point of view, Icelandic solutions would be applicable and useful for Bulgaria. Interesting and also good is the Canadian model from Edmonton, where a regional palliative care program has been successfully implemented. Maybe it will sound exotic, but India is also working very actively and has successful models.’

She concludes the interview by saying, ‘Palliative care has both medical and non-medical aspects and they cannot be separated. The Bulgarian Long-Term and Palliative Care Society has set itself the main goal to assist in the development and validation of long-term care and palliative medicine, health and medical science in the interest of patients, their families and relatives, and society. It unites specialists, highly motivated to change attitudes in our society, to influence health policies’ and deliver optimal care.

Despotova-Toleva is the author of over 30 monographs, textbooks and manuals. She holds diplomas for acquired specialties in pediatrics, general medicine, and health management, and has been a guest lecturer at leading universities in Europe, the U.S., Japan, and Iceland.