Message from the Chair and Executive Director 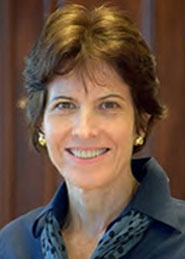 The WHA is the decision-making body of the World Health Organization (WHO). It is attended by delegations from all WHO Member States and focuses on a specific health agenda prepared by the Executive Board. The main functions of the WHA are to determine the policies of the Organization, appoint the Director-General, supervise financial policies, and review and approve the proposed program budget. 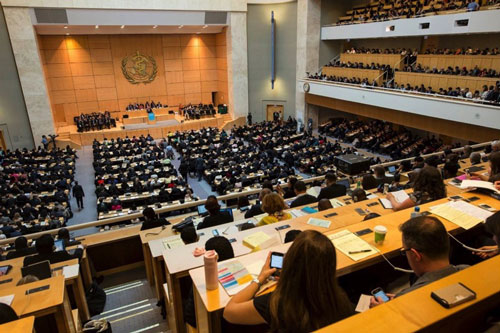 The WHO estimates that 5,500 million people (83% of the world’s population) live in countries with low or non-existent access to controlled medicines for the treatment of moderate to severe pain. It is estimated that of the 20 million people requiring palliative care, only three million (15%) receive the care they need. Equally, despite strong evidence of efficacy, treatment of opioid dependence with long acting opioids, known as opioid substitution therapy, is frequently unavailable. In nearly 90% of countries in the WHO African Region, consumption of opioid analgesics is less than 100 defined daily doses (a measurement unit for statistical purposes (S-DDD) per million inhabitants per day, and nearly half the countries in the Region have levels below 5 S-DDD (adequate consumption is considered to be 200).

As requested by the WHA Palliative Care Resolution from 2014, the Secretariat and the Member States were expected to present reports on the progress in the implementation of the Resolution. The WHO published a report describing the steps taken by the organization, which is available here (look for Point C in Page 6).

Some of the steps included in the WHO report include:

The WHO report is encouraging and we commend the Secretariat’s efforts. However, many barriers for patients with palliative care needs still persist. A report addressing these barriers was prepared by several palliative care organizations, and published in the WHPCA website. It can be downloaded here.

Dr. Katherine Pettus, the IAHPC Advocacy Officer was at the WHA and WHO EB representing IAHPC. Along with Dr. Stephen Connor Executive Director of the Worldwide Hospice Palliative Care Alliance (WHPCA), she raised the palliative care flag during meetings and sessions. 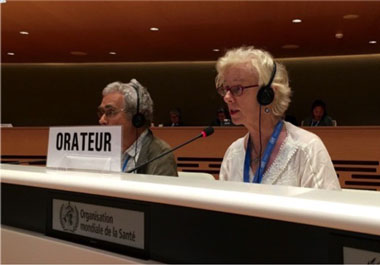 Katherine was very busy advocating on the issue of lack of access to controlled medicines in the context of Sustainable Development Goals, the framework for the control of Non-communicable Diseases and the efforts to tackle the World Drug Problem as per the outcome document from the United Nations General Assembly Special Session (UNGASS).

In addition, she was also invited to write an article on: ‘A joint commitment to effectively addressing and countering the world drug problem’ which was further published on the WHO website.

We are concerned that palliative care still does not make it to country and WHO statements and proposals for disease management strategies and for national care and control plans. For example during the WHA, no member states mentioned the need to include palliative care in the proposed Global Dementia Strategy. Katherine raised this issue and her statement can be found here.

Some good things happened at WHA: Delegates agreed to strengthen national health systems to progress towards universal health coverage, as a key way of achieving the health-related Sustainable Development Goals. With its focus on equity, it represents an essential strategy towards the fulfilment of one of the core principles of the SDGs: leaving no one behind.

Many thanks to Katherine for her great work and for her efforts to ensure that palliative care and access to controlled medicines for pain treatment and for palliative care are included in the global health agenda.