An article published by Krishnan Guru-Murthy in The Guardian UK edition.

Matar Syllah was crying in his hospital bed. The cancer in his liver had spread and the tumours were bulging from his abdomen. "Sometimes the pain is so bad I fall over and faint," the 25-year-old said. "I feel it in my stomach and back. It comes and goes."

The young doctor, Mohammed Oneefade, looked guilty as I asked what painkillers Syllah was on. "Paracetamol," he replied." “When it gets worse we can give tramadol too. But there is nothing else here. No morphine." 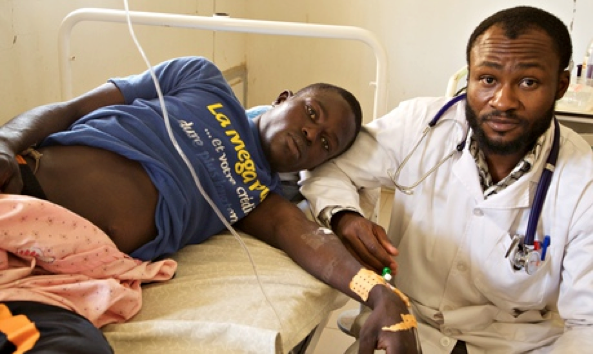 The doctors in Senegal's second city of Touba have long since given up trying to prescribe the drug that stops the pain of cancer. There aren't any morphine tablets in the city. The only place it can sometimes be found is in the capital, Dakar, four hours away – but government regulations prevent them from writing prescriptions for it anyway. They don't have the right kind of prescription pad. Like many cancer patients Syllah was being sent home the next day.

There are more people dying of cancer in Senegal than of malaria, tuberculosis and Aids combined. Programmes tackling infectious diseases have been effective with longer life expectancy but with an increase in western lifestyles cancer rates are climbing. But the country is failing to give palliative care to the vast majority of people who need it and as a result cancer patients in a relatively prosperous part of West Africa are dying in pain that could easily be treated effectively.

The doctors at Aristide Le Dantec hospital in Dakar do have the correct prescription pads, but the pharmacy often runs out of morphine. Patients in the final stages of cancer can find their supply suddenly runs out.

A short walk across the hospital compound is Senegal's only children's cancer unit run by Prof Claude Moreira. "Twice in the last year we have run out of morphine syrup for the children. We do what we can and give them other medications but it is really terrible." His colleague Sokhna Ndiaye, the unit's American-trained psychotherapist, explained: "Sometimes in the unconscious mind children create a correlation between the amount of pain they are experiencing and the gravity of their pathology. Therefore when there is no pain medication the child might be thinking: This is the end of life."

Senegal has the second largest economy in West Africa and morphine is not expensive. Because it is an internationally controlled substance, national governments need to estimate and order the amount they need for one year. But doctors don't prescribe it partly because they know it is not available in most pharmacies and partly out of ignorance and fear that morphine will lead to addiction. As a result there is no evidence of increased demand and despite there being an estimated 70,000 people, and growing, who need it every year. The authorities keep only ordering enough to treat between two and three hundred patients.

The shortages also mean patients do not get morphine even when it is available. A report by Human Rights Watchlast year argued that the situation amounted to cruel and inhumane treatment. It demanded urgent action by the Senegalese government to change the ordering process, train staff and make morphine widely available. But there remains an apparent lack of political will.

Senegal's experience is being repeated across Africa and the rest of the developing world. The World Health Organisation estimates that 80% of the world faces shortages of morphine and the vast majority of the global supply is consumed by just six countries. As Africa develops the crisis will intensify as cancer rates and populations grow.

The full article is available in The Guardian.

The Faculty of Medicine Itajubá, Minas Gerais (FMIt), an educational institution in Brazil, implemented in 2010 the discipline of thanatology and palliative care (TanPC) into the curriculum at the urging of Drs. Kleber Gomes and Christina Grieger. It became the first college in the country to provide teaching about death and the second to offer palliative care studies to their students. Those responsible for implementing the discipline were Professors Dr. Marco Tullio de Assis Figueiredo, PC pioneer in Brazil (unfortunately he died on February 20, 2013) and Dr. Maria das Graças Mota Cruz de Assis Figueiredo.

Students, then sensitized by palliative principles and interested in more contact with the discipline had to develop a design that would allow expanding knowledge and experiences in palliative care (PC) outside the classroom and as an extracurricular activity.

Thus in 2011 a project "The Art of Caring" was initiated and dedicated to creating and producing teaching strategies generated by the students and geared to learning about PC not only academically, but also in the community from professionals providing this care.

The project is directed and designed by the students of FMIt. It is structured into five subprojects: to develop educational videos, manuals, guides for students to write scientific articles, promote extracurricular courses and coordinate the provision of internships at institutions of palliative care in Brazil. In addition, other activities can be added as the interest of students grow or when we perceive new needs in the community.

Today, as a result of the work of the students the following are the accomplishments: three manuals, three videos, eight scientific studies, eight courses of improvement, two symposia in partnership with other FMIt academic leagues, and six palliative care services where internships are available during school holidays have been formed. At the moment we are editing a children magazine that will approach the subject of “death” in children.

The project allows students to learn and teach at the same time. As Paulo Freire, the great Brazilian educator, suggested that teaching is not a simple transfer of knowledge, but requires an ability to build, generate learning experiences for those who want to learn and teach as well. 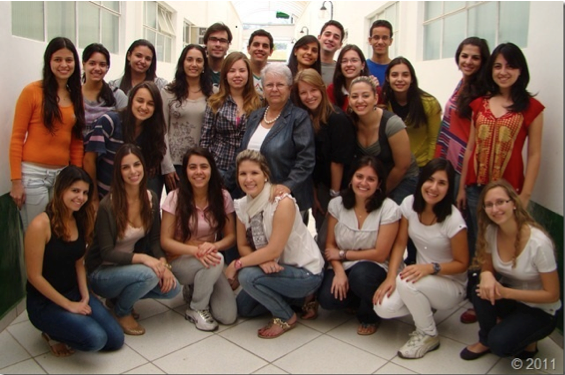