We were saddened to hear about the death of our long time friend, former colleague and hospice pioneer Dr. Marion Primomo.
Marion Pohlen Primomo, M.D.
May 15, 1920-March 1, 2014 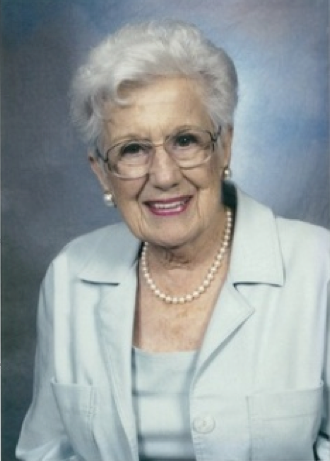 Surrounded by each of her four children, one of the great women pioneers in the field of medicine and the Mother of Hospice in Texas, died at the age of 93 on March 1, 2014. Born in Stolberg, Germany, Dr. Primomo came to the United States in 1926 with her parents to live in Wisconsin with her uncle, the Rev. John J. Pohlen, O.M.I., a major influence in her life. She and her parents moved to Texas in 1930 where she graduated from Our Lady of the Lake High School at the age of 16 and Our Lady of the Lake University, summa cum laude, at the age of 20. Despite her exceptional grades, a bias towards male applicants hindered her entrance into medical school. With the help of her uncle, Dr. Primomo entered the Loyola School of Medicine in Chicago in January 1944. She was one of five women to earn an M.D. degree in 1947 from Loyola. Following graduation, she married a classmate, Dr. John S. Primomo, and together they completed post-graduate training in Chicago. In 1948, the Primomos began the practice of medicine in San Antonio, “Dr. John” in surgery, and “Dr. Marion” in family practice. An urgent need for physicians took them to Pearsall, Texas in 1949 and the following year to Dilley where the community financed and built a 13-bed hospital for their new doctors. Because of the support and respect of the Dilley community, the hospital grew to 64 beds and was accredited by the Joint Commission on Hospital Accreditation. “Dr. John” and “Dr. Marion” spent many happy years in the Dilley-Pearsall-Cotulla community with their four children Janine, Adele, Johnny and Michelle. They often journeyed to Vienna, Austria for post-graduate work in surgery and psychiatry. In 1978, Dr. Primomo, together with the sisters of St. Benedict’s Hospital headed by Sr. Mary Sapp of San Antonio, established the first Hospice in Texas. After her years as Medical Director at St. Benedict’s, Dr. Primomo served as Medical Director for Hospice San Antonio, Santa Rosa Hospice, Family Hospice, and Hospice Homecare. She taught as a clinical professor in the Department of Family and Community Medicine at the University of Texas Health Science Center and as such became the first teacher of Palliative Medicine in 2000. Her love for Medicine, Hospice, and Palliative Medicine was her passion well into her retirement years. Through Hospice and Palliative Medicine, Dr. Primomo’s care and compassion for the terminally ill made their final weeks and days more peaceful and comfortable. She managed their pain while allowing them to remain mentally alert and able to communicate with their families about their fears, guilt and anxieties. Dr. Primomo encouraged honesty that fostered individual and family spiritual growth which often only became possible as death approached. Accolades from the families she served have been numerous and profound. The highest compliments have come from those who knew and worked with her.

Dr. Primomo was a member of the American Medical Association, the Texas Medical Association, and the Bexar County Medical Society. She was a Founding Member of the Academy of Hospice Physicians, later known as the Academy of Hospice and Palliative Medicine and the International Association of Hospice and Palliative Medicine. She was a recipient of many honors in her lifetime and was awarded an Americanism Medal by the Daughters of the American Revolution. In 2006, she was recognized as an “Outstanding American By Choice” by Dr. Emilio Gonzalez, Director of the United States Citizenship and Immigration Services. Her selection for these honors as an immigrant to the United States was a source of great pride for Dr. Primomo and her family. She loved her patients and her students and always felt grateful for having lived a long and fulfilled life. Most of all, Dr. Primomo deeply loved her family. She is predeceased by her parents, William and Katharine Pohlen, her brother, John Vianney Pohlen, and Dr. John S. Primomo. She is survived by her children Janine Primomo, Adele Barnett, Judge John W. Primomo and wife Marilyn, and Michelle Damvar and husband Khalil; grandchildren Angela Gifford and husband James, Dr. John A. Primomo and wife Brooke, Gina Kothe-Gibson and husband Robert, Jason Barnett, Meredith Primomo, Lena Damvar, Miriam Damvar, Mallory Baird and husband Michael, and Brittany Damvar; and six great grandchildren.

In lieu of flowers, gifts to support palliative care efforts may be made online here or by mail to UTHSCSA, In Memory of Dr. Marion Primomo, 7703 Floyd Curl-Mail Code 7835, San Antonio, TX 78229-3900.