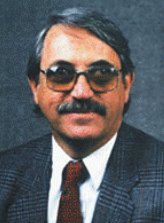 Palliative Care book of the month

‘The ultimate aim—and hope—of this work is that it will infuse the euthanasia debate with a level of intellectual honesty, transparency and accountability that up until now has largely been missing.’ Great objective, but a big task, I would have thought. But that is the goal for Professor Megan-Jane Johnstone, who is Chair of Nursing at Deakin University in Victoria, Australia and is also a nominated Consultant (in Ethics and Human Rights) to the International Council of Nurses in Geneva.

This book is not about the pros and cons of euthanasia and physician-assisted suicide (it lands on neither side), but about the contorted, manipulated, political debate that is going on using conditions like Alzheimer’s Disease to stoke the fire.

Johnstone provides a description of the disease, including its variable course, and goes on to discuss media constructions and representations of it, described in the Foreword as ‘the best discussion yet available on metaphors, analogy, and the stigmatization or even demonization of the deeply forgetful.’ Johnstone discusses in detail what has contributed to the extraordinary success of the euthanasia activists—their political activity, using propaganda and fallacious reasoning, sophisticated marketing strategies, and much more. This is not to say the anti-euthanasia lobby has not been guilty of the occasional dirty-trick or lie, but what is laid at the feet of the pro-euthanasia people is staggering. Her catalogue of the use of the epidemic, military and predatory thief metaphors is illuminating. I particularly liked her classification of the kinds of narratives used to bolster the illusion that euthanasia is right—‘reassurance’, ‘uncertainty’, ‘helplessness’, ‘choice’, ‘control’, and ‘dignity’. Her analysis of what has appeared in the media seems objective, and at the same time is very worrying.

But I guess I’m biased, having seen thousands of patients dying with cancer whose greatest wish was to live a little longer, a wish so sincere that it would silence the activists who believe in beneficent euthanasia for any one with dementia; that is, if they listened.

So who should read this book? Certainly anyone with an interest in the debate about euthanasia, and in particular anyone who wants to make public comment. Starting with the moral philosophers, sociologists, politicians and other self-styled experts (beautifully categorized in the Foreword as the ‘hyper-cognitives’) who can emphatically address difficult questions like the legalization of euthanasia with certainty and conviction. Unfortunately, knowing all the answers, they are less likely to read it.

I hope Johnstone gets her wish—that euthanasia can be discussed in a more honest and sensible manner. Although reading some of the material in this book makes me worry that the debate has already been dragged down to the level of farce.

It was a pleasure to see a book devoted to palliative radiotherapy. When I was training, radiation for palliation was still governed by the rules designed for radiotherapy given with curative intent, which was not always in the best interests of the patient. But this book demonstrates that with advances in technology as well as a change in the therapeutic goal, much of that has changed.

The book is divided into five parts. The first is about the history, physics, radiobiology, and toxicity of radiotherapy, providing a good background for students of palliative medicine. The second is about palliative care and symptom control, and where palliative radiation fits in, which would be useful to trainees in both radiation oncology and palliative care. The third consists of nine chapters dealing with palliative radiation for locally advanced or recurrent disease, by site. The fourth deals with the palliative treatment of metastatic disease, again by site. These sections were well-referenced and appeared to provide an objective review of the literature, which in turn gave a good picture of what palliative radiotherapy could and could not do. The final section is about the integration of radiation oncology and palliative care, which again shows the potential synergism between the two (providing each takes the time to understand the goals of the other), which must lead to better outcomes for the patients. The final chapter is about newer technologically advanced radiation oncology, but throughout the book reference is made to ‘special considerations in developing countries.’ I was not aware that in 2020, 70% of the world cancer incidence will occur in countries of moderate or low income, typically diagnosed at an advanced stage and requiring palliative radiotherapy, but for which radiotherapy facilities are sadly lacking.

Dying may be a natural part of life, but that doesn’t mean dying well is easy. That’s Dr. Tobin’s starting point for this ‘step-by-step guide to preserving your dignity, your choice, and your inner peace at the end of life.’ Categorised into 26 Steps, he discusses many of the medical, psychological and spiritual issues that patients and their families will run into, from coping with the diagnosis of a terminal illness to dying with tranquillity. He repeatedly underlines individuality, that different people react differently and that not every treatment or plan suits everybody. He is unforgiving of our colleagues who complicate a patient’s terminal illness by being unhelpful or unmindful. This is a useful book that provides appropriate advice and support to those dealing with terminal illness, empowering them to be involved and in control to the extent they wish. I also wondered whether it would be a good discussion text for undergraduate medical students and nurses.

The copyright page gives no date of publication. Amazon says 1968, which is obviously incorrect. There are some echoes of the lack of trust between mainstream medicine and palliative care that suggest the 1990s, but the issues addressed are as real today as when it was published, whenever that was.

This is a new novel from the author of Tuesdays with Morrie and The Five People You Meet in Heaven. It’s the story of a small town in northern Michigan that gets worldwide attention when its residents start receiving telephone calls from the other side. Are the calls from the afterlife the greatest miracle ever or a giant hoax? There are those who believe and those who are determined to prove it is a sham. Albom certainly gets good marks for the literary idea and it is well-written in a suspenseful manner. Allegorically, it’s about the power of belief, and whether it all works for you will be a very individual thing. Good holiday reading—not too heavy, but it brings out some meaningful issues.

Dr. Woodruff is a Lifetime Member of the IAHPC Board and Past Chair. His bio may be found here.

Note: Review copies become property of IAHPC and are not returned to the author. Only palliative care related books which are previously approved will be reviewed. Due to the large number of requests, we can't provide exact dates of when books will be reviewed.