The 66th World Health Assembly was held at the Palais des Nations in Geneva just two weeks ago. I went there for a day trip on the 22nd May and had some time to listen to the plenaries, where the health ministers of one country after the other got onto the podium and had about five minutes to explain what his country's health care system had managed to achieve and which where the major barriers and problems it is facing. All of them talked about prevention and cure, I did not hear anything about palliative care.

So why did I go there?

Prof. Onyebuchi Chukwu, the Minister of Health of the Federal Republic of Nigeria described how palliative care is being developed in Africa's most populous nation, with huge needs and scarce resources. He talked about the barriers that have to be faced, for example misconceptions about opioid analgesics, that have to be overcome.

Ms. Kathy Greenlee, the Assistant Secretary of Health for Ageing of the United States of America discussed the importance of palliative care in a time of ageing populations. The public awareness is all about active aging, and nobody is talking about death directly, as it is felt to be just too depressing. People want to die peacefully in their sleep, but not many will. A change is necessary, discussing preferences for the end of life. She also stated clearly that the new framework on noncommunicable diseases (NCD) would not be complete without considering palliative care. John Beard, representing the WHO department of aging and life course, emphasized this position and explained WHO's efforts to promote a public health approach to palliative care.

Other speakers were Dr. Mary Cardosa, President of the Malaysian Medical Association and Prof. Claude Moreira, head of pediatric oncology at Hopital Le Dantec in Senegal

The meeting had an interested audience, which participated very actively in the discussion, and it well have raised awareness in a number of participants. However, the main goal of the side event was not only to discuss successful palliative care models from different regions of the world, but also to initiate a discussion about a potential resolution promoting access to palliative care for those in need at the next World Health Assembly in 2014.

We hope that this side event will be the first step to bring palliative care on the political agenda of the major global healthcare organization! 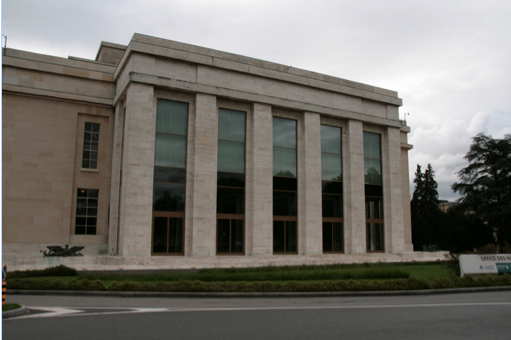 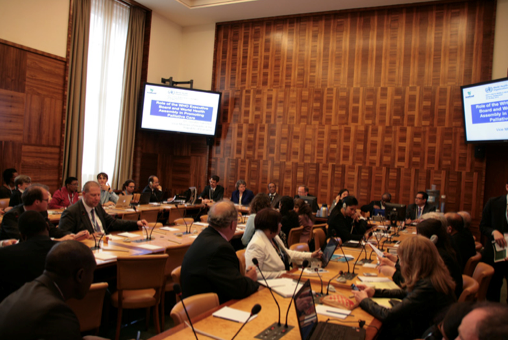 Picture #2: Side event on strengthening palliative care as a component of integrated treatment throughout the life course

Picture #3: John Beard (WHO Department of Aging and Life Course) and Kathy Greenlee, (Assistant Secretary of Health for Ageing of the United States of America)

Role of the WHO Executive Board and World Health
Assembly in Promoting Palliative Care
Dr. Javier Diaz, Minister of Health of the Republic of Panama

The Importance of Palliative Care in a Time of Aging Populations
Ms. Kathy Greenlee, Assistant Secretary of Health for Aging of the United States of America