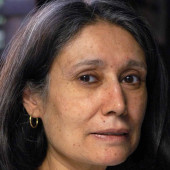 Harmala Gupta is a cancer survivor, pioneer and activist.

In 1985, while working on her Ph.D. thesis in McGill University, Montreal, Canada, she was diagnosed with ‘Hodgkin’s lymphoma’, a cancer of the lymphatic system. After recovery, she felt it was her mission to create compassionate and caring support services for people with cancer and their families in India.

In 1991, she founded the first peer-based cancer support group in India, ‘Cancer Sahyog’ in New Delhi. In 1996, realizing that the majority of people living with cancer needed continuing care, she founded ‘CanSupport’, which has pioneered a free of charge home-based palliative care service for the most needy in northern India. It operates in New Delhi and the National Capital Region, looking after 2000 people living with cancer and their families at any one time. More recently, home care teams have been set up in Amritsar, in the Indian state of Punjab, and more are on the anvil. CanSupport also runs out-patient services, day cares and a telephone helpline.

Besides being President of CanSupport, Harmala is also Founder-President of Cancer Care India, an umbrella organization of cancer support groups set up to advocate for the rights of people affected by cancer and to raise awareness about cancer in India.

She is on the Governing Body of the Rajiv Gandhi Cancer & Research Institute in Delhi and is also a fellow of the UICC in Geneva. She has delivered talks at international and national forums, has written extensively on cancer survivorship and on issues related to palliative care and has been interviewed by the media both at home and abroad.

She has received a number of awards, including a distinguished alumna award from her alma mater, Lady Shri Ram College for Women. The PHD Chamber of Commerce and Industry also conferred on her an award for “outstanding contribution to social service”, which was given to her by the President of India. In February 2014, she received the Governor General of Canada’s medallion for “pioneering contributions to palliative cancer care in India.”

Harmala is married to Prof Dipankar Gupta, a sociologist, and has a son Dipayan who lives in New York City. She loves to read and travel.